Practicality is often lost in the blissful state of love couples experience prior to marriage, but being practical is a solid way to ensure a long and happy relationship. One vital practicality nearly all couples can benefit from is pre-marital therapy, even if you and your fiance seem perfectly suited for each other.

You'll Both Discover Important Things About Each Other

Even if you've been engaged for a while, there are still things to learn about each other, from money matters and raising children to political leanings and religious beliefs. You may feel as if you're very familiar with each other now; however, a marriage counselor can introduce you in ways you likely haven't considered yet and in ways that will greatly benefit your relationship in the long run.

You'll Learn How To Work Things Out As A Couple

You and your fiance have probably already had your "first fight," and while it may or may not have had a positive outcome, it's just the tip of the iceberg for married couples. Especially after a few years have gone by or when something stressful, such as getting behind on the mortgage or waking up in the wee hours to feed a newborn, takes place. Learning to argue constructively is an art form most couples never master, leading to difficult situations and sometimes affecting the union in a very threatening way.

You'll both learn that arguing, when conducted in a controlled manner, is a necessary part of working things out. A marriage counselor can help you figure out a good time to discuss important and/or touchy topics and what the best location would be for such talks. For example, some couples with a healthy relationship have a set day and time, where they plan to air grievances and hash things out. It's not usually a good idea to get all worked up in the heat of the moment when you're more likely to say hurtful things that only degrade a partnership.

Also, you both need to learn how to take turns and to be good listeners; something that's challenging for a lot of people, no matter how long they've been together or how compatible they are. A good therapist can lay the groundwork for a successful relationship where you have mutual respect and constructive habits.

Some couples feel that going to a marriage counseling clinic is a bad thing — a signal that they've failed in some way. Although that can sometimes be the case, more often than not, it simply means the pair want to learn how to do things better, and that's something everyone should strive for. Visiting a counselor for pre-marital help not only starts the matrimony off on the right foot, but it also gives you both a foot in the door, so to speak, of an office you can return to in the future, should any problems later arise. Having this connection will give you both a strong sense of commitment and security, knowing you have help at the ready and an effective means of fending off potential issues before they grow out of control.

Enjoy the bliss, buzz, and romance of being engaged, but don't forget to put together a strong foundation for your marriage. Counseling opens you up to each other, to more and greater possibilities, and to being well prepared for a solid future, especially if there are a few bumps and hiccups along the way. 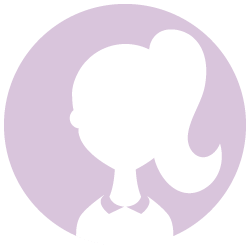 I have been married a little over 20 years, but that doesn't mean that it has always been easy. My husband and I have had long stretches where we didn't get along that well, and it was really frustrating and overwhelming. However, we were both dedicated to working it out and enduring until the end, which is why we are still married. I wanted to make this blog all about overcoming marriage trouble and how much help professional counseling can be. I know that it really helped me, and I feel like it could help you too. Check out this blog for more information.